A new logo, a new creative director, and a new attitude to crystals— Swarovski imagines a dystopian world of candy crystals and diamonté morph suits in its ‘Wonderlab’ rebranding.

After a huge company shake up in 2020, which saw 750 stores closed, 6,000 employees laid off, and the introduction of the brands first ever global creative director, Giovanna Engelbert, Swarovski’s new ‘Wonderlab’ collection marks the start of a new age for the crystal company. 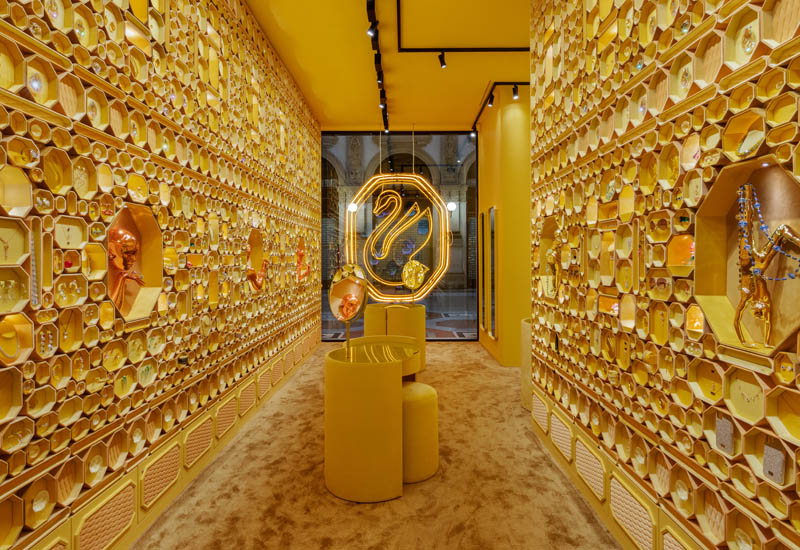 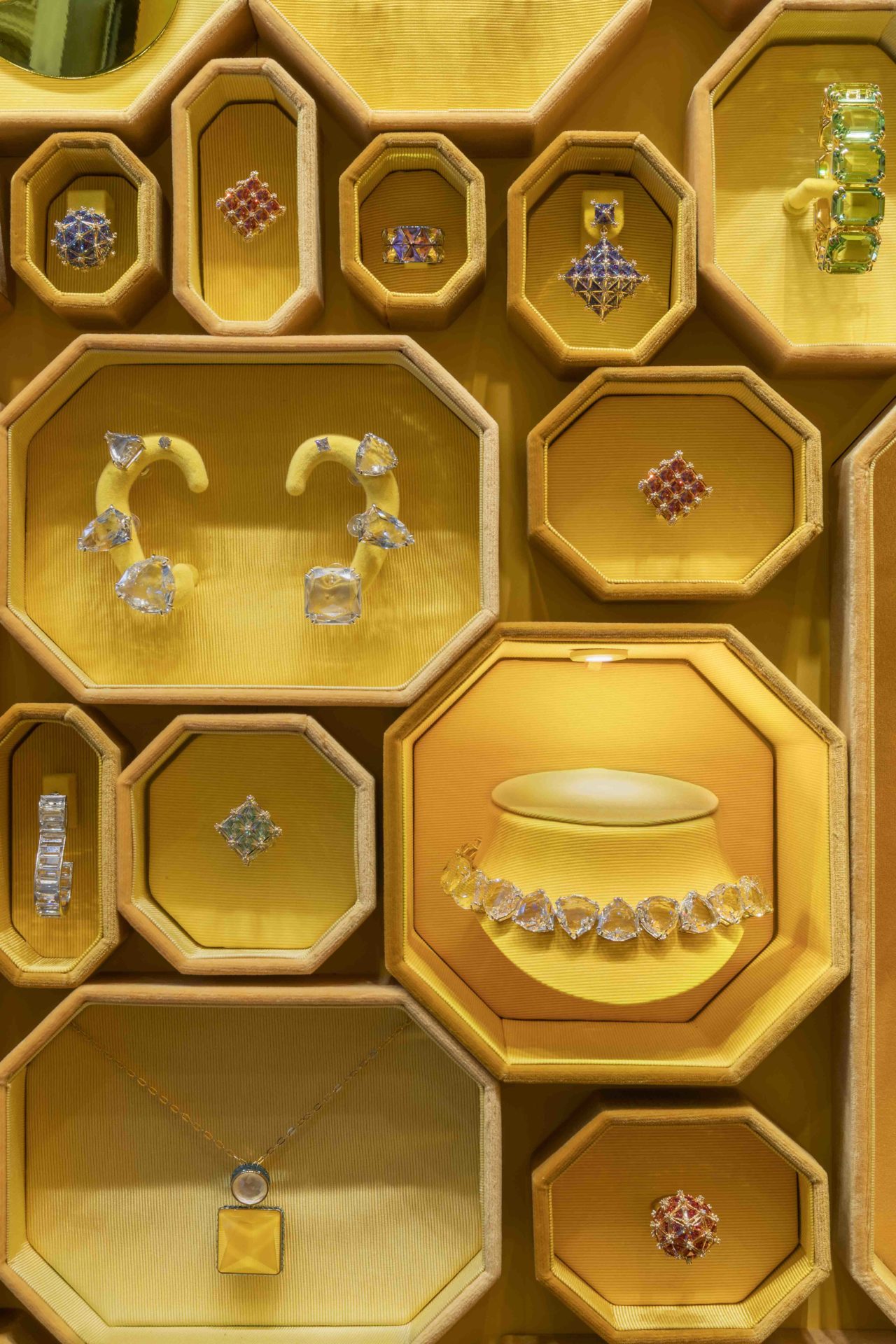 In February, anticipating the release of Englebert’s first collection, the iconic swan emblem was redesigned with the help of Louis Vuitton’s fave branding agency, General Idea. The new swan emblem, which is designed looking towards the sky, on the verge of taking flight, is reflective of Englebert’s new vision for the brand. Futuristic and fun, the redesign of the swan is a revamp for the classic crystal brand. Englebert introduces us to the new design saying it embodies, “the beauty of nature and the power of eternal love. Our reborn Swarovski Swan appears inside a crystal octagon, symbolizing the master craftsmanship of our artisans and the mythical power of new beginnings. A bold evolution of our iconic emblem, it celebrates both our unrivalled heritage and our exciting vision for the future.”

This new emblem sets the tone for Engelbert’s ‘Wonderlab’. She said in a statement, “The Wonderlab is where science and magic meet, where extra and elegance collide, it is a feeling of wonder that everyone should experience as we invite them into our new world at Swarovski.” The dawn of this new world is clearly one that welcomes change to a brand that has been active since 1895. Engelbert’s ‘Wonderlab’ is a dystopian world of crystal morph suits, neon lights and clinical crystal customization. But the collection also nods to the company’s 19th Century lineage. The video includes clear tropes from the steam punk era, and provides a playful escape from our stagnant, current, reality.

The campaign is fronted by Vogue favorite, Adwoa Aboah, 'Game of Throne’s', Brienne of Tarth otherwise known as Gwendoline Christie, and ‘The Queen’s Gambit’ star, Isla Johnston. There is an anticipated full visual which is planned for release on March 19th, which includes other models-of-the-moment, such as Fadhi Mohamed.

The collection itself is a colorful revamp of Swarovski’s traditional past. Soft, rounded shapes and rainbow neon colors create candy-crystals which are a marked departure from the angular clear-cut rocks of the past.

This new age of Swarovski welcomes a new attitude to crystals. As Englebert says in an interview with South China Morning Post, it is about encouraging interest from a new generation— “Maybe the daughters of the old clients will come now.” Next up, Feel Fearless In Roberto Cavalli’s Fall Collection