Bill Cosby Convicted Of Sexual Assault: What Does It Mean For The Victims?

The tides are turning.

Andrea Constand, Tamara Green, Victoria Valentino, Janice Dickinson, Lili Bernard – these are just some of the names among the long list of Bill Cosby’s alleged victims. Now, it is time for one of America’s once most loved entertainers to face the repercussions of his purported actions. As for the women he allegedly assaulted, it's finally a chance to try to recover, move on from their trauma, and grow stronger and more resilient.

Of all people, it was a fellow comedian, Hannibal Buress, who jogged the public's memory of the allegations against Bill Cosby. It happened via a comedy sketch that gained traction on social media. The segment referenced the civil lawsuit filed against Cosby by Andrea Constand, whom Cosby knew from his former university, Temple University. The viral stand-up was presented back in 2014, a decade after Cosby admitted to drugging Constand while maintaining the claim that the entire incident was consensual.

The statute of limitations is almost up and his accusers had to act fast. Since then, nearly 60 women came forward claiming that Cosby also assaulted them, 35 of whom have stepped out of anonymity and disclosed the harrowing details of their encounter to The Cut. On sufficient grounds, Montgomery County reopened the investigation before it got swept under the carpet, as is the case with some lawsuits filed against influential people. However, things didn't stay that way for long. 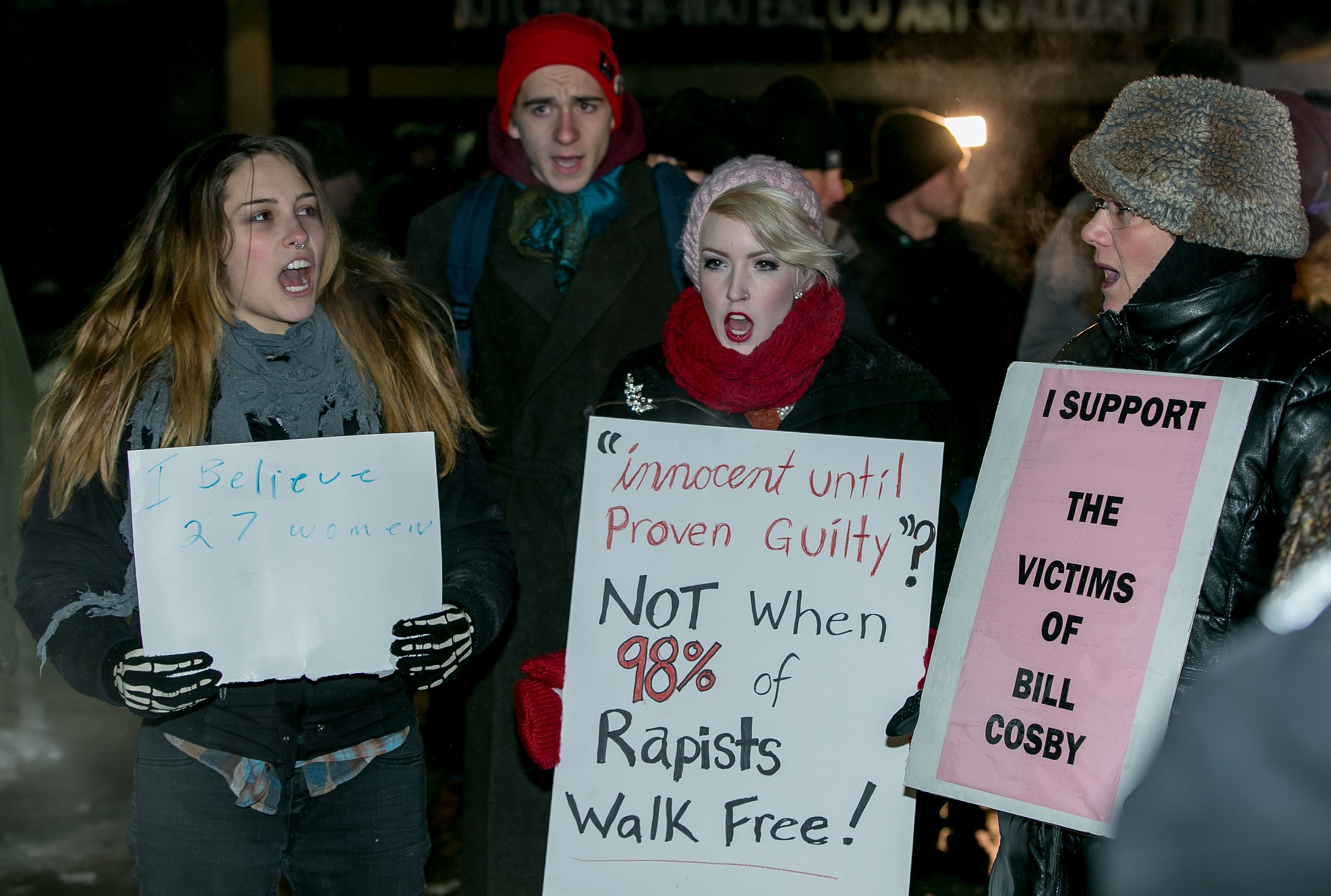 Set during the pivotal #MeToo movement, the trial of Bill Cosby comes at the beginning of a new era, where women are less afraid fight back against those who deliberately caused them harm. Victims often don’t come forward out of shame, denial, hopelessness, or fear of the consequences. In this case, the defense even began acting aggressively towards Cosby's accusers in an attempt to shift the blame. What were you wearing? How much did you have to drink? Did you lead the perpetrator on? These are routine questions that paint thousands of assault victims in a humiliating light and perpetuate the dangerous culture of victim-blaming.

However, following the much publicized lawsuits against Harvey Weinstein last year, the world’s reaction to the allegations against Cosby is now more encouraging. The chapter on Bill Cosby came to a reassuring end, with the jury coming to a verdict after a retrial. The Guardian reports that it took 14 hours of deliberation, but the jury convicted Cosby of three counts of aggravated indecent assault, from which he’s likely to spend the rest of his life in prison. Maybe now life will be easier for some of the women, despite the case having reopened some old wounds.

The victims' lives have been turned upside down; their shame, guilt, and self-worth have been dissected for the world to see and they have to live with the aftermath of the trial. What’s certain, though, is that women have claimed an encouragingly momentous triumph against a very powerful man. There is a storm brewing and it will rain upon those who demean or destroy others.

Next up, why we still need to talk about social media and eating disorders.